Burning gasoline or diesel inside a vehicle isn’t exactly eco-friendly, and people try to find ways to solve it. But, if you’re also thinking of alternatives, you might have encountered ideas stating that you can use cooking or vegetable oil as an alternative. So, you may ask:

If you have cooking oil in a gas tank, what really happens? Vegetable oil or cooking oil has a high viscosity, which means it will be difficult for the engine to process. Further, this oil can solidify under low temperatures. As a result, it can clog the engine and damage it in the long run. So, while you may have some solutions to it, it will take some process.

Many people get cooking oil for their car as an eco-friendly alternative as well as a cheaper option. For instance, they can get it free from restaurants, and they need to filter such. While it may work with diesel-powered engines, it’s different from gasoline-powered ones.

In this article, you’ll read the answers to some of the questions related to this matter. This way, you can understand what risks cooking oil or vegetable oil gives to an engine if you use such. Moreover, you can also see if it’s worth doing or if it’s better to stick with your regular diesel or gasoline.

What happens if you put cooking oil in a gas tank?

Cooking oil can work in a gas tank, but only if it’s a diesel-powered engine. If you have vegetable oil, you can also use that.

However, you should keep in mind that it’s not as simple as filling up your gas tank with such. For instance, you need to remember that vegetable oil has a high viscosity.

In essence, cooking oil like vegetable oil is so thick that your engine can have a hard time distributing it in the combustion chamber. As a result, some of the oil may get burned while some of it won’t. The unburned one can lead to clogging in your engine.

If you have a gasoline-powered engine, you will find it challenging to use cooking oil like vegetable oil. It is because the fuel pumps and lines in your engine aren’t fit to handle such fuel. Moreover, many modern cars have sensors that can’t adjust to this variation.

In short, it’s simply impossible for your car to work with cooking oil if it’s a gasoline-powered one. Now, if you have a diesel-powered engine, you need to do some modifications to prevent damage to your engine.

Now, let’s get deeper into its short-term and long-term effects.

For instance, it will save the user money to purchase diesel. The oil is something you can get at a lower price at any supermarket, but it will still depend on where you live. Or, you can get it for free at any restaurant.

You’ll need to collect such. First, however, used cooking oil needs to get filtered so you won’t damage your car.

In any way, cooking oil isn’t designed to run a car. Thus, the performance of your engine may get altered or optimized.

Thus, you’ll still get better performance with diesel rather than cooking oil. With all the hassle of filtering and getting one, it’s better to have diesel filled in your car.

This way, you can even make sure your car will run smoothly and with no issues.

If you plan on using cooking oil like vegetable oil on your car to save money, it’s not worth the change.

For instance, if you plan on changing, you’ll need to have your engine converted, or you can have it upgraded or modified. But, unfortunately, the cost of such can be pretty expensive.

Moreover, cooking oil or vegetable oil isn’t a cheap or affordable one. If you would compare it with diesel, you may get a slightly lower price. Still, with all the upgrades you spend, it’s not going to be ideal.

Lastly, the performance of your car would remain at its best with diesel oil powering it up. It’s also less prone to engine issues and problems.

Can cooking oil in a gas tank damage an engine?

Cooking oil in a gas tank can damage an engine, and it’s through the high viscosity properties it entails.

Most cooking oils have a high viscosity. In simple terms, this oil is thicker than your ordinary fuel. Thus, the engine of your vehicle may find it challenging to burn, process, and distribute.

If you compare it with regular fuel, cooking oil is thicker, and it will be stickier. As a result, it will cause poor engine performance.

Another thing to note is that some cooking oil like vegetable oil can solidify if put under low temperatures. Thus, it can solidify inside your engine and result in clogging.

How much cooking oil in a gas tank will ruin it?

As always, it will still vary on the amount of cooking oil put in the gas tank. If it’s quite a large amount, it can eventually lead to clogging if it solidifies.

Moreover, a large amount of cooking oil may lead the engine to poor performance, deteriorating the internal structure in the long run.

For this reason, you must have your engine checked if you think someone put cooking oil in the gas tank.

Can you tell if someone put cooking oil in your gas tank?

The thing about cooking oil is that it can solidify, which can be pretty thick and sticky than diesel or gasoline. For this reason, your engine may give poor performance if it has some cooking oil in its gas tank.

Now, if you think someone has put cooking oil in your gas tank, you need to shut the engine down immediately and drain the gas tank. Further, you’ll need to have it fixed by a service professional.

Now, what should you do if you find out that your gas tank has cooking oil? How would you remove it?

How to get cooking oil out of a gas tank?

Once you find out that your gas tank has cooking oil, you need to get it out immediately. You should turn the engine down and have the gas tank drained of the fuel. Moreover, you’ll need to change the fuel filter as well.

It would be great if your tank has a drain plug or access from the trunk’s top. If so, you can take a look inside. Some vehicles have it under the rear seat.

If so, you can see the cooking oil settling on the bottom of the tank. Since it has a high viscosity, you should see it as something like floating droplets.

So, if you have cooking oil in a gas tank, what happens? Vegetable oil or cooking oil has a high viscosity, which means it will be difficult for the engine to process. Further, this oil can solidify under low temperatures. As a result, it can clog the engine and damage it in the long run. So, while you may have some solutions to it, it will take some process.

Due to the risks and issues it may result in, it would be better to stick with diesel oil rather than upgrade and use cooking oil. But, of course, if you know your way around the engine, you can always continue to do so and enjoy its perks.

However, if you’re unfamiliar with the engine, it would be best to stick with diesel to make sure you’re not harming your engine. As always, a vegetable or cooking oil is something you can use for your car if you are aware of the risks and know how to deal with them. 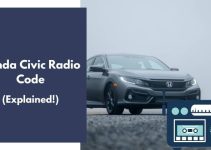 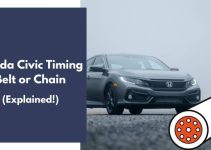 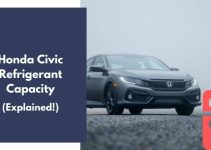