A BMW car had a very long history. BMW cars have gained their name with honor, and they had planted their roots a very long time ago. Today, we will know all about the story about why BMW was called a lot of different names.

Beamers or Bimmers, each of them have their history. Though these names are not popular in all places, it certainly is popular in the United States. If you are a genuine BMW car fan, you might already know the history of these names and why BMW cars are named with these.

Beamers and Bimmer have already made their claims on the BMW brand. And if you are wondering where it all started, we can give that to you. Talking about these nicknames’ history, though, we might have to go back to the late 1930s.

This is the year where these names started. It is pretty amazing how these nicknames lived on and are still popular and relevant to our time.

So without further ado, let’s talk about the origins and history of these nicknames. Let’s go.

What Is a Bimmer Car?

A Bimmer is a nickname made for a BMW car. Citizens of the United States are stuck with this nickname, and it is viral nowadays.

If you are a BMW fan, you might already know what a Bimmer car is. But to those who still have no idea yet, the nickname Bimmer originally started with motorcycles.

Years ago, BMW did not start with cars. BMW, back in the day, was manufacturing motorcycles, and not cars. There was a popular bike from BSA motorcycles. This motorcycle is called Beeser.

When this Beeser was born, BMW bike owners also wanted a nickname for their motorcycles.  And so BMW motorcycle owners named their bikes Beamers.

Years go by, and BMW steps up their game. They started making cars. A lot of people have come for these BMW cars.

These BMW car owners also found out that a BMW motorcycle has a nickname. And so they also want to do the same.

They named their BMW cars Bimmer. So a Bimmer car is a BMW car. Bimmer is a nickname for BMW cars.

This is how it was born. To this day, some people have interchanged both the Bimmer and Beamer.

A true and loyal BMW fan would not like this exchange. But some people are still confused about these nicknames.

Why Does BMW Have This Nickname?

There was a company of motorcycles years ago, and they were called BSA. These BSA bike owners named their bikes Beeser. Soon, BMW bike owners started naming their bikes with nicknames.

BMW car owners also want to have their nickname, and so they named their BMW car Bimmer. These nicknames do interchange a lot, so you need to know about them.

What Does Beamer Mean?

If we will base it on a dictionary, Beamer has three definitions. According to the Merriam dictionary, the first definition is “a machine for winding yarn or cloth on a beam.” It can also mean the operator of that machine.

The second definition is “a leather worker who scrapes wet hides with a beaming knife to remove flesh and traces of hair.”

The third definition is “a bone implement like a drawknife found in Mississippi sites and later cultural stages of the southwestern U.S., usually made from metapodal bones of deer or elk, and having cutting and scraping edges midway between the handles.” But if we will base it on automotive, a Beamer is a nickname for BMW’s motorcycle.

Is It Pronounced Beemer or Bimmer?

Beemer or Bimmer, so which one is correct? Bimmer is the proper term for BMW cars. At the same time, Beemer and Beamer are used to calling BMW motorcycles.

The two of these words are correct. Both of them are nicknames, and they are used to call a BMW. However, when we talk about BMW, it does not just mean cars.

And so they named their bikes Beemers. Over the long years, the spelling was tweaked a little bit because of many factors.

Maybe people cannot spell or what, and eventually, the spelling became Beamer. But some people say that it should be Beemer because the nicknames were derived from the word BeeMW.

Beamer or Bimmer or Beemer – What Is Correct?

Beamer, Bimmer, and Beemer are sometimes interchanged. These nicknames came from the late 1930s. Only a few people know the correct differences between these three.

Some people are still confused about these names. So we will talk about each name and try to comprehend its origin. And whether all three of these nicknames are correct. So let us get started.

The nickname Beamer came from Great Britain. Its sole purpose originally is to separate a motorcycle from a British manufacturer. They have their motorcycle named Beezer.

Some people would also say that those people who used Beamer do not know how to research online. So the nickname Beamer came from Beemer. With the confusion of the two names, these two nicknames have been used to name BMW cars up until today.

Other states might have heard about this and might have used these nicknames, but its popularity in the United States is different. This nickname came from the nickname Beemer or Beamer. Beemer and Beamer is a nickname from BMW motorcycles.

Beemer is a nickname made for BMW motorcycles. This nickname was out of jealousy, if we will put a little humor in this. A BSA company of motorcycles was top-rated back then.

And so BMW motorcycle owners made a nickname of their own. They started calling their bikes Beemers. Over the years, the nickname Beemer became Beamers.

This might be because of people who cannot spell, but today, these two nicknames have been used to describe BMW motorcycles.

[1] Bimmer, beemer, beamer – how BMW got its nicknames on bmw.com 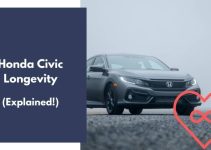 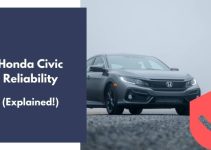