Brake fluid is a liquid chemical solution that is utilized in modern models’ hydraulic braking systems. It works by transferring the force of your foot on the brake pedal into pressure on your car’s brakes. While it is beneficial to the engine, you may be concerned about what would happen if you or someone else accidentally put it on a gas tank. So, you may ask:

Every vehicle owner needs a brake fluid for their drive. Unfortunately, while it works for the brakes, it won’t work the same for your fuel system. Thus, it would be best to stay on the safe side and never put this fluid in your gas tank.

In this article, we’ll walk you through all the possible effects of brake fluid if you or someone put some in your gas tank. This way, you’ll be aware of the risks, and you’ll know how to deal with such if it ever happens to you.

What happens if you put brake fluid into a gas tank?

If you put brake fluid into a gas tank, you can contaminate the entire fuel system by also contaminating the fuel that you have.

One thing to note is that some brake fluids are silicone-based. Such types of fluid can contaminate and damage the oxygen sensor in your car’s fuel system.

In short, the more fluid you put in the gas tank, the worse the damage it can inflict upon your system. Here are some short and long-term effects of brake fluid in a gas tank.

The short-term effects of putting brake fluid in a gas tank aren’t that noticeable. However, it can already cause minor damages to the engine, especially if you continue running your engine with such fluid in the gas tank.

As mentioned earlier, these fluids may have silicon as their base. Such a compound can cause the degradation of the oxygen sensors found in the fuel system.

As a result, you should flush the fluid as soon as you can. Long-term use of the engine, while the brake fluid is still in the tank, might cause severe harm.

If you keep putting brake fluid in your petrol tank, your engine will ultimately stop working.

For prolonged periods, the pollution it can bring to the oxygen sensor can disturb the engine’s performance and general health.

Always avoid using such fluid in a gas tank as a matter of thumb.  It may work in your engine somehow. Still, it can damage the fuel system, affecting the entire engine overall.

Can brake fluid in a gas tank damage an engine?

Yes, the brake fluid in a gas tank can damage an engine. While some may argue that a tiny amount of brake fluid won’t harm the engine, it’s preferable to be careful and avoid it.

If you put some in the engine oil, the claim could be valid. The petrol tank, on the other hand, is not the same.

The oxygen sensors in the tank might become polluted. In addition, the fluid can contaminate the fuel system since most brake fluids are silicon-based. As a result, if this happens to you, you should contact an expert to repair it as soon as possible.

How much brake fluid in a gas tank will ruin it?

In short, the more brake fluid you put in your gas tank, the more harm your system will suffer.

Brake fluids are usually silicon-based, and it is something you should keep in mind. Thus, the oxygen sensors in the fuel system can get contaminated by such a component.

Can you tell if someone put brake fluid in your gas tank?

In actuality, the only way to know whether someone has placed brake fluid in your gas tank is if it starts to cause difficulties.

If someone pours brake fluid into your gas tank, your fuel system may become polluted very quickly. Stalling, heavy smoke, and even engine disablement can all be signs of an issue like this.

As a result, if you suspect someone has put brake fluid in your gas tank, you should turn off the engine and have it examined as soon as possible.

How to get the brake fluid out of a gas tank?

If you need to drain the tank, you may want an expert to handle it for you. You can take your vehicle to a shop, and they will do the work for you. In most cases, they would have the tank cleaned thoroughly. Moreover, they would even replace the fuel filter.

If your gas tank has a gas cap or access from the trunk’s top, it’s ideal. If that’s the case, you’re free to look inside. Unfortunately, it’s buried beneath the back seat in certain automobiles.

If this is the case, the brake fluid in the tank may mix with the fuel. As a result, you’ll need to drain the fuel and replace it with fresh.

In a nutshell, brake fluid isn’t something you want in a gas tank. A brake fluid in a gas tank can contaminate the oxygen sensors, especially those made of silicon. The sensors can be contaminated by phosphate or zinc compounds found in most braking fluids. If you just put in a tiny amount, don’t worry. It has the ability to dilute itself with a large amount of fuel.

Every car owner should have a brake fluid stored in their car for every drive. Unfortunately, although it will work on your brakes, it will not work on your fuel system. As a result, it’s advisable to be careful and avoid putting this fluid in your petrol tank.

As always, do your best to solve such things if it ever happens to you. Now, if it doesn’t, do your best to secure your vehicle and prevent anyone from putting brake fluid in the gas tank. Again, it will save you money, time, and effort to avoid dealing with such things. 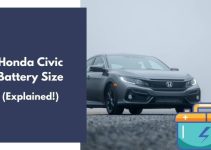 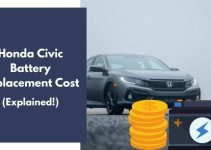