The engine oil is one of the crucial components that make every vehicle run. While any vehicle would continue to run without it, it won’t take long before it goes down due to extreme damage. With this in mind, you may be curious enough to ask:

How long can an engine run without oil before damage? In general, an engine can run without oil only for a maximum of 30 minutes before it goes down and gets damaged. The presence of oil is crucial for every engine to work correctly. Without such, the effect can cause too much damage to only continue running for half an hour before failing.

While engines can last for half an hour without oil, it’s not always the case. Most of the time, the engines can go down sooner.  This article will cover an in-depth take on engines and the importance of oil in their performance. This way, you will understand how crucial it is for every car to run with such.

How long does it take to damage an engine without oil?

As I said earlier, the oil lubricates the engine parts, avoiding damage by providing a smooth flow. Thus, it’s a no-brainer that engine oil is crucial to a running engine.

Now, while engines can run without oil, the effect of such can be damaging. It can come to the extent that most vehicles can only continue to run for less than 30 minutes.

In most cases, it can even be less than half an hour before the engine fails.

How long can a diesel engine run without oil?

The same principle applies to diesel-powered engines. If such kinds of vehicles run without oil, they would break down immediately within half an hour.

For this reason, it would be best to stop running your engine as soon as you know it ran out of oil.

Diesel-powered engines are prone to higher temperatures due to the increased combustion. Thus, the damage from running with no oil can be worse than a gasoline-powered one.

In short, take it as a rule of thumb not to drive your vehicle if it has no oil.

This way, you can avoid any issues and will keep your car from getting damaged from running without oil.

How far can you drive a car with no oil?

If you’re lucky, your engine can run for 30 minutes max without oil. However, in most cases, it can be lesser.

An average speed for such a matter would be around 30 miles an hour. Thus, in short, you may be able to run your engine as far as 15 miles, but it can be lesser.

As always, if you find out that your vehicle has no oil, then it would be best not to start it up and run it. This way, you can avoid damaging the engine and other parts of it.

If you would pursue driving your car without oil, you may experience the following:

A grinding sound is a sound of the engine parts roughly moving since they don’t get the oil lubrication.

After a short while, the engine would likely begin to stall. Once it happens, it means the engine is already quitting, and so should you.

The next thing that would happen is that the engine’s temperature would increase drastically. It’s due to the extreme friction brought by the oilless running.

The last thing that would happen is that smoke would appear from the hood.

Any of these four signs tell you that you need to stop running your car.

How do you know that you have no engine oil?

Some modern cars have sensors that can inform you that it’s low or has no engine oil. However, that’s not the same with older cars.

In general, you can tell such a thing through the following:

Most cars have a warning light that indicates that your car is low in oil. If such a light appears, it would be best to turn the engine off immediately and stop.

If your engine has low oil, it may start having that burning oil smell. Once you start smelling such a scent, turn off your engine immediately.

Since your engine runs smoothly with an oil lubricating it, it may act wildly without oil. Thus, an engine running without oil can make strange noises. If your car does the same, make sure to turn it off and check.

The oil lubricates the engine, providing smooth and excellent performance. Thus, without oil, your engine probably won’t run as smooth and as efficient as it would with oil.

An engine running with no oil would end up wearing out all the parts. Thus, it can lead to extreme overheating, ending up with a dead engine.

How long can an engine run with low oil?

Running an engine with little oil is better than running with no oil. However, it’s still not a great idea.

An engine with low oil still has a high chance of getting damaged. While it’s better than having no oil at all, the low amount still won’t suffice for a running engine.

An engine may run with low oil for more than half an hour. However, it likely won’t take an hour or more.

As always, take it as a rule of thumb not to drive your car if it has low or has no oil.

How can you minimize the damage from no or low oil?

If your car has no oil or only has a small amount, it can lead to damage if you continue driving it. Thus, to minimize the damage, you may do the following things:

If your engine has no oil, then it’s a sign that you can’t drive it. While it can last for around half an hour, you would likely end up with a ruined engine if you keep on driving it.

As soon as you do, the new oil will run through the engine and lubricate the parts. However, it would be best not to drive the car until you have it inspected.

It’s all because a running engine with no oil has likely caused damage. Thus, running it further may result in worse problems.

Have your car towed to the nearest mechanic.

While you may drive it if necessary, do your best not to do so and just have it towed.

Driving an oilless engine would cause intensive damage to your engine. In short, it will be more of a hassle instead of simply calling a towing service.

While it sounds obvious, you may not have understood how important it is not to run your engine without oil again.

If you do so, the engine can lead to a much worse problem.

With all these things said, you now understood how essential the engine oil is for your car. Thus, take it as a rule of thumb not to run your car with less or no oil in it.

If you would do so, it can lead to your car experiencing severe engine issues. Thus, you must check your oil before driving. It would also be best to have some oil in your car in case of an emergency. 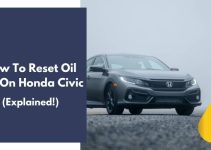 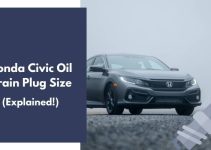 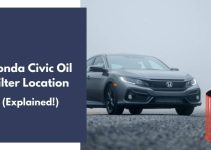